The Pillars of DataArt’s Corporate Culture: Interview with Alexander Makeyenkov

This month, DataArt celebrates its 24th business anniversary. Almost a quarter of a century, and we are still going strong, reliable, and crisis-proof! We’d like to spread the celebration around by looking back at DataArt’s early days. This is the first post in a series of interviews, in which DataArt ‘founding fathers’ look back at the times our corporate culture traces its roots to.
7 min read
All articles
By Alexander Makeyenkov
Managing Partner, DACH Business
By Anni Tabagua
PR & Communications
Share

Even amidst the pandemic, DataArt stood well-prepared when remote work became the norm almost overnight. Our way of working – hyper-distributed, based on human relationships rather than rigid structures – suddenly became the only way to work effectively.

From day one, people were DataArt’s most asset. Over these years, we cultivated a uniquely supportive environment, emphasizing “People First” culture that puts long-term relationships, within DataArt and with our clients, above short-term gain. We thank all our colleagues, clients and partners for accompanying us in this journey!

We walk into the 25th year in business with 4.5+K colleagues, proudly holding a prestigious 2020-2021 Great Place to Work Certification. Because 97% of employees at DataArt said it is a great place to work, compared to 59% of employees at a typical U.S.-based company, we owe our continued success to our people.

We mark the DataArt’s business anniversary with a series of blog posts about company’s core values and corporate culture. Read previous posts in “The Pillars of DataArt’s Corporate Culture” series: 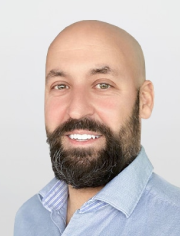 Alexander Makeyenkov joined DataArt in 1998 to lead key client engagements. In 2004, he helped launch the Finance Practice, and has been overseeing marketing, business development and client management in the segment. In 2010, Alexander pioneered DataArt’s presence in Zug, Switzerland, and has been focused on growing the European business since, bringing in blue chip clients in the financial services and healthcare sectors.

Q: DataArt seems to be operating in an unusual way – as a meritocracy. Anybody can challenge anything at any time, regardless of their position in the company. Was it purposefully planned this way from the very beginning, or did it just happen naturally?

I think any company culture is strongly influenced by the DNA of the founders and their life experiences. A company’s mindset is formed in much the same way as a human mindset is formed. Humans inherit DNA from their parents, but they are also shaped by external factors. It’s the same for a company.

It’s both our lived experience and the point at which we started that shaped DataArt’s culture into what it is today. DataArt was founded by young and enthusiastic people who basically wanted to create something cool. No one had a corporate background, and we weren’t big fans of traditional corporate structures. We wanted to avoid that type of inflexible hierarchy.  Our goal was to build a company where we would actually like to work. Obviously, we also wanted to grow and make money but that was not the primary goal. At the beginning, our first slogan was Enjoy IT. The differences in our personalities benefited us, and we entertained a range of diverse opinions.

We have never believed that a divergent opinion is a negative one. As Evelyn Beatrice Hall said, “I disapprove of what you say, but I will defend to the death your right to say it.” We’ve always emphasized tolerance and respect, the two essentials for building a truly diverse company.

It’s the diversity that makes a young company grow in the dynamic environment, when you must be agile and think outside the box.

Q: This is a nice bridge to my next question: DataArt was founded by a group of people who were all independent thinkers with strong opinions. How did you manage to agree on things?

In an environment with diversity of opinion, tolerance and respect are paramount. We wanted to create an environment that welcomed differences in opinion and encouraged the expression of ideas, no matter how significantly they diverged from the majority.

DataArt’s environment was intended to ensure that every opinion is welcomed and heard.

As human beings, we want the freedom to express our opinions, we want to be heard, and we want to feel special. That is a basic human need. Frankly, I find it disheartening to think that there are so many places where we don’t have the freedom to speak freely and be heard.

But yes, you’re right, this type of environment has its challenges. When opinions vary, it can be hard to come to an agreement. It definitely requires a framework for decision-making and mutual respect. It takes strength and patience to listen to an opinion that is drastically different from what you think is right. We have had a number of situations throughout our history that have taught us collective decision-making is the way ahead.

It is not easy, and some call us a ‘kibbutz’; but we try. I live in Switzerland, and, in terms of culture, DataArt reminds me of this country: it is built on the principles of diversity, independence and democracy. All opinions here are important, and residents express them in direct voting. It makes both the culture and economy here very successful and resilient. The same with DataArt. I think the fact that we have so many diverse opinions – and we encourage colleagues to express them – makes us a strong and resilient company.

Q: You mention DataArt was called ‘kibbutz’. Did you have a lot of outside consultants saying that the DataArt way of doing business was wrong?

It was not us who invented this type of decision-making. Even the military is now moving away from hierarchies towards the combined task force model, shifting the decision-making closer to the front line. We do the same, and it shapes our organization.

Early on, we were frequently told that one can’t build a large and profitable company without divisional and conservative processes in place. These days, however, things do not appear only black and only white. We’re not alone in this; There are many companies, including very large corporations, successfully implementing policies that put people first and avoid hierarchy.

An external force that has shaped us is the move from waterfall to agile. Initially predominating in IT, this trend has extended across industries. Volatility and unpredictability in the world are increasing, and it is hard to plan even a year ahead. Agility is essential and when it comes to innovation, planning is difficult because innovation requires a trial and error approach.

Agility becomes a fundamental standard, and it has to be supported by culture, which ours does.

Q: Which core cultural principles would you say are most important at DataArt?

We give people freedom, we are highly tolerant of mistakes, and we encourage initiative. But we also understand that, as two American superheroes – Eleanor Roosevelt and Spiderman – said, “with great freedom and power come great responsibility.” Truer words were never spoken. If we want to give people freedom, we also need to make sure they can self-manage.

Q: DataArt is also all about trust: there is almost no “us and ‘them.” Would you elaborate on the importance of trust at DataArt?

Trust is key within any social group, and it saves a lot of effort. In flat, self-managed and highly coordinated groups, trust and respect shared by colleagues is essential. Trust ensures that whenever an agreement is reached, it is respected.

Many large organizations tend to spend increasing amounts of time on activities that are directed inward, which leads to bureaucracy. Companies that focus on externally focused goals, like creating a better product or enhancing their level of service, will naturally enjoy a healthier culture. DataArt focuses on external factors.

Q: Do you think our culture helps our clients and our business?

Yes, it does. When we start an engagement with a client, there are naturally some barriers, but, because DataArt people work as a single team with the client, these are easily removed. Our goals are aligned, we work on joint projects, we are one team, and we succeed or fail together.

We also strive to connect with our clients’ cultures, which can be more challenging when we work with large corporations. When our flat, agile culture meets a traditional, hierarchical environment, it is more challenging to bridge the gap between us. But as we grow and work with large clients, we continue to confront this challenge and develop new ways to bridge the gap.

Q: What has to happen for DataArt to change its values?

History teaches us that culture is one of a company’s most fundamental characteristics. It takes significant time to build a culture and even more time – to preserve it. Cultures evolve; they aren’t static or permanent, and change is inevitable.  Challenges build character, and the challenges we currently face will only make us stronger – one way or another.

I think whatever cultural changes lie ahead of us, DataArt has the internal strength and resilience to manage any transition. As the world continues to show us, we must move forward. At DataArt, we have enough diverse talent to build five more companies. But what we want is to continue building and nurturing a culture that encourages our employees to apply their talents within DataArt. As our employees grow stronger, the company will grow stronger, too. This will drive our long-term growth.

Recommended for You The Pillars of DataArt’s Corporate Culture: Interview with Mikhail Zavileysky
READ MORE