The Interview: Ken Umezaki About Navigating the Music Industry in the "Access" Era Through Blockchain

Ken Umezaki, CEO of Verifi, shares with DataArt his thoughts about the changes that digital world brought for the musicians and artists, who really owns the IP rights, and why blockchain is the best choice for data management in the music industry.
6 min read
Share

How Verifi manages music rights ownership in the digital age?

At Verified Media, we often call ourselves a music rights data services company. The primary mission is to build a systematic way to answer, what I think of as the fundamental question we as a community within music need to answer, which is: who owns the rights to the song? Historically, we have a very product-oriented and product-centric sort of B2B set of verticals, labels, publishers. Think of the CD era or the Vinyl era. What has changed is that it is now an access business. The main issue is, as things have moved to access, a whole series of historical best practices has become analog in a digital age, and streaming services now represent an overwhelming majority of the revenues generated by music IP. The relevance of making sure that you can keep track of this much more accelerated consumption and royalty sort of creation is what makes this very relevant.

Typical streaming service, like Spotify or Apple Music, actually have over 60 million recordings accessible at the click of a button on your phone. That is what we mean by access – you no longer need to own a piece of music, you can just have it available.

Our service will make sure that the P.R.Os significantly streamline the collection process due to the availability of who owns the rights, who is representing that particular right, that particular song at that point in time.

I often use the analogy: everyone knows Elton John, a lot of people in the music industry know Bernie Taupin. But maybe not everybody knows Bernie because Elton is the one that is sort of the marquee name on the recording and so on. But Bernie owns a lot of rights, too. So how do you get the composers paid? That has always been an issue. In the digital world where streaming services like Spotify pay composer, performer and also a third royalty stream called “public performance royalties” per stream because you do have to identify the full set of owners and representatives in order to actually accurately process the music consumption market.

Who really owns the rights to a song?

The very simple way to think about it is that there are two parts to every song: a composer, or multiple composers more often than not, and a performer, or multiple performers. So, Irving Berlin wrote “White Christmas,” he is a composer, that is only one. Michael Bublé himself has probably done 50 versions of it. That is a recording by Michael Bublé. You know, by the way these days you do not even have to use a label or publisher to get your music out right, you can think of it as the ways in which you monetize has become this kind of really big web or matrix, that you need to keep track of. So, our job is to ensure that all those elements and all those relationships are identified, stored and communicated to the people that care.

What is the most complex challenge in building a modern right data management tool?

We have a rights management data solution that uses the blockchain. The chain is good at a bunch of things, and we use it for a specific purpose as part of our technology solution, communicating changes and registering changes in sort of an agnostic and egalitarian way. So, we use it for those two things. Traditional ways in which data is communicated in the music industry does not sufficiently allow for this kind of dynamisms that I described: multiple parties, pulling data together, recreating the truth, sending it out into the world. So, we have a very proprietary, if you want to call it that, but a sophisticated data schema that better aligns the data sets that the industry traditionally uses for rights owners and rights representatives.

Recommended for You The Interview: Sandy Khaund About the Evolution of Media

How does Verifi help artists to get paid?

Basically, there is two models you can consume music on your phone. You have a paid streaming service, there is also a free service or many free services out; Pandora being an example; Spotify has a free service which are Ad-driven. YouTube has an ad-driven business model. On average, you are getting paid per stream, so when I put the push up button and listen to your song, they aggregate royalty that gets paid is below a penny. That is why it is a micro penny or, you know, less than a penny. It can be as little as a third or even a tenth of a penny, so there is trillions of spins going on like I mentioned earlier, 4 trillion or so according to some people, but it is paying less than a penny per stream. Our ambition would be to make it that simple for the typical creator, where rights data is not just like I got to load it up into 10 different places, I do not even know if I am getting paid, but I put it here, it propagates, and, if something changes, I can just say, “Hi, this changed.” Again, I am probably exaggerating a little bit on the oversimplified side, but I think this is possible, the tools exist.

How challenging is it for a finance expert to enter the music business?

I do think it gives me a unique perspective because, in finance, you are doing transactions with significant numbers of zeros next to it all the time. Data better be right. I spent, 25 years off basically on Wall Street managing trading businesses, so I have a very profound appreciation for the importance of data management, and doing it quickly and all the stuff. So, I grew up playing the saxophone in high school and in college, I ran our college jazz ensemble, I was also a radio disc jockey in high school and in college. I moved to New York in the mid-80s to start working on Wall Street, and I joined a rock band playing bass. I still play bass 35 years later in a rock band in New York City for fun.

My brother is a professional musician and a music technology professor in the UC system in California. Music has always been part of my life. This digital transformation fascinated me and, in particular, making it friendlier for creators, which is easy to say, but I wanted to do an entrepreneurial journey in that, and hopefully contributing in a small way. I think we can make this better for creators, it is a very tough world for creators to get paid, and a little bit of the harder to get paid is about moving that infrastructure into something that is more modern, and I think that is essentially what has excited me about doing this. 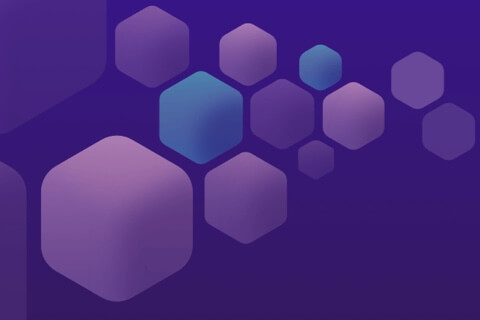 #1
Flourish or Fail? The Future of Smart Contracts in the Music Industry
#2
Blockchain, DDEX, dotBC and OMI – Oh my!
#3
If streaming is now worth billions of dollars, where’s all the money going?
#4
4 Effective Customer Acquisition Tactics for Your Sports Betting Business
Share
Welcome
We are glad you found us
Please explore our services and find out how we can support your business goals.
Contact us!
Get in Touch