How Virtual Reality is Helping the Travel Industry Evolve

Virtual Reality (VR) is currently experiencing a rapid ascent in the consumer imagination. After spending the 90's and the first decade of the 2000's in the realm of academia and technological experimentation, recent years have seen several tiers of VR technology become available to the general public.

These initial home headset offerings were mostly geared towards video game applications. The strides made to serve that community, however, have opened up many new possibilities for commercial applications.

To the surprise of game developers, many of the most popular VR apps have been socially-inclined, rather than traditional video games. This revelation has led to a strain of VR development that quickly proved to be a major boon for the travel industry.

How VR is Revolutionising Travel For Consumers

There are several forms of consumer-level VR:

Travel applications can leverage all of these types of VR. Many of the most popular applications target the more accessible forms, such as mobile VR goggles.

VR is a great opportunity to get a better "feel" for a destination than simply looking at static pictures could.

There are existing VR tours for tourist hot spots such as:

VR experiences provide a new dimension -- literally -- for travellers to experience well before they decide on their final destination.

Destination Information Available From a Distance

When VR is used alongside heads-up display (HUD) graphic design, travellers can get crucial information at a glance before they finish forming the question in their minds.

How long does it take to climb Mount Everest? The information is already on the screen. Where are the top hotels in the area? A custom VR travel app could display that prominently in the context of the tour.

A VR tour of a city can provide information on where interesting destinations are located, which restaurants are in the area, and more, all at a glance.

Hands-on VR tours give travellers a better idea of what they want to see beforehand. Then, leveraging software like Google Earth VR, one can search for other points of interest and pin them in order to create a singular travel plan -- all without leaving the app.

Scoping Out VR Museums Before Visiting

Many prominent museums already offer VR experiences that remote travellers can use to get a better idea of the sights to see within:

How the Travel Industry Benefits From VR

The consumer-facing applications above are great for travellers looking for new ways to decide on places to visit, which is already helpful for the travel industry.

There are uses for VR specific to the travel industry that can help behind the scenes, as well.

The examples above were from a consumer's perspective. For the travel industry, contextual pop-ups and other information presented in VR can be used to encourage the user to pay attention to partnered destinations, hotels, restaurants, and more.

For example, a VR tour of a destination neighbourhood could use informational pop-ups to highlight services and tourist spots related to a full travel package.

A major, time-consuming expense for the travel industry has always been education for travel agents and other employees who work directly with customers.

Travellers expect professionals in the field to have first-hand knowledge of each destination beyond a simple list of bullet points. VR tours are the perfect immersive training tool to take on this problem without overspending.

At some point in the future VR experiences will be normalized in much the same way motion pictures are today. But we're far away from that time! Offering VR tours during promotions as a way to encourage foot traffic is an effective way to draw in new customers.

This creates unique opportunities between travel agencies and businesses at the destination. When a restaurant or hotel knows you're capable of highlighting their services for your customers, often they are open to providing special deals to help with your promotion.

Offering Customers a Look at Their Hotel 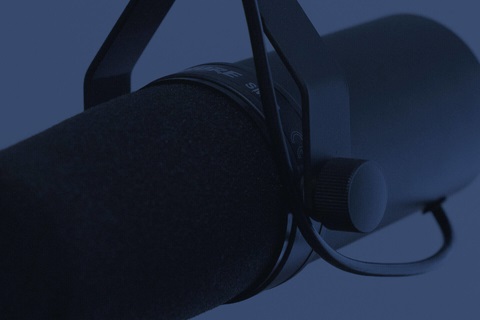 #1
Tech Solution Development: Making the Most of Your 2019 Budget Planning
#2
The Digital Transformation of Hospitality: Who Will Rise to the Top?
#3
Advantages and Pitfalls of Outsourcing Your Software Development
#4
QA Automation: The Road to More Efficient Deployment
Share
Welcome
We are glad you found us
Please explore our services and find out how we can support your business goals.
Contact us!
Get in Touch