How Spotify Is Dominating the Podcasting World

Spotify is rapidly climbing up the podcasting ladder, seemingly poised to dominate this lucrative medium. In this post, Sergey Bludov explores which strategic moves Spotify chose to enhance its reputation among other giant corporations in the podcasting domain.
5 min read
All articles
By Sergey Bludov
Senior Vice President, Media & Entertainment
Share

There is no question that Spotify is aggressively seeking its place as the podcasting leader. In recent months, the company has been snatching up influencers, celebrities, and other public figures by signing exclusive podcasting deals. From Joe Rogan’s highly popular “The Joe Rogan Experience” podcast to contracts with Los Angeles-based influencers Rickey Thompson and Denzel Dion, TikTok dancer Addison Rae, and former First Lady Michelle Obama, Spotify continues to increase its number of exclusive podcasting deals.

With industry sources stating that Spotify’s podcasting deals with influencers could be reaching as high as seven figures, what is Spotify trying to achieve through these exclusive contracts? And how will these massive podcasting acquisitions affect the industry as a whole?

As the company signs a growing number of exclusive deals, one thing becomes clear: Spotify is attempting to dominate the podcasting world. By acquiring popular shows and making them exclusive to Spotify, the company is guaranteeing that fans will have to use its platform to listen to these podcasts, thereby creating the potential to ramp up its market share dramatically.

Aligning itself with high-profile influencers and public figures, such as Michelle Obama, Kim Kardashian, and others, is likely to enhance Spotify’s reputation by drawing in even bigger crowds to listen to the exclusive content. The strategy is sound. Becoming a big player in the podcasting world will help Spotify increase its advertising revenue, with the potential to assist in offsetting the company’s ongoing expenses involved in streaming music.

Although the number of active monthly Spotify users listening to podcasts saw only a minor increase from 19 to 21 percent, the remarkable statistic is that the quantity of podcast content these users are consuming has more than doubled. It seems that the company’s large investments in popular podcasts and exclusive deals with influencers and celebrities are paying off.

Recommended for You Traditional Media in the Podcasting Era

Although Apple holds one of the most popular podcasting platforms, the company has been relatively absent in the quest to bring listeners into its Podcasting app. However, it appears that the time has come for the tech giant to attempt to make waves in the audio news sphere.

Recently Apple launched a new audio feature for News+ to reign in listeners. The company is introducing audio versions of its top feature stories from Apple News+, in addition to a daily audio news briefing plus curated collections of local news. Apple’s local news collections will initially feature five cities and regions with plans to expand to other areas as it continues, while the tech powerhouse is adding more local and regional news outlets to Apple News, including the Miami Herald, The Charlotte Observer, and others.

Overall, Apple News+ has failed to achieve widespread adoption, although the company is clearly taking steps to rectify this situation. And while the New York Times recently announced that it is leaving the Apple News platform due to disagreements with Apple, the Wall Street Journal plans to stick with Apple News+ based on its belief that the deal will help attract new categories of readers.

As Spotify continues signing exclusive deals, and Apple ramps up its offerings, SiriusXM is making significant moves to remain competitive. Earlier this year, SiriusXM announced its acquisition of Simplecast, a management platform used by creators to publish and distribute podcasts. And less than a month later, the company announced an even bigger acquisition. With a $325 million price tag, SiriusXM acquired Stitcher, the podcasting pioneer known for its popular one-stop platform that allows users to create, monetize, and distribute podcasts that can be listened to through its app and on multiple platforms. It seems that SiriusXM is attempting to increase its importance in the podcasting world, as the Stitcher deal includes thousands of podcasts, such as Freakonomics Radio, SuperSoul Sunday from The Oprah Winfrey Network, Conan O’Brien Needs a Friend, and many other popular shows.

Recommended for You Podcasts: Product and Tech Revolution

What Does This Mean for Podcasting?

As giant corporations like Apple, Spotify, and SiriusXM scoop up shows and other deals, the influx of investments makes it clear that podcasting is here to stay. Media companies and advertisers can feel confident in the longevity of podcasting, thereby allowing them to soundly increase their focus on this medium for expansion and innovation. It is also important to note that Spotify’s paid membership does not exclude ads from podcast episodes, leading to increased opportunities for a wide range of advertisers.

The involvement of celebrities and public figures, such as Michelle Obama and Kim Kardashian, is certain to increase the popularity of podcasts exponentially. And this effect is already showing. Research from The Infinite Dial 2020 found that 75% of people in the US are familiar with the concept of podcasting, which is up from 70% in 2019. And while 51% of people in the US had listened to a podcast in 2019, that number has grown to 55%.

Podcasting is growing into a high-stakes medium. While the industry generated an estimated $479.1 million in revenue in 2018, a report from the Interactive Advertising Bureau and PwC predicts that podcasting revenue will reach a staggering $1 billion by 2021.

Although podcasts have historically been challenging to connect to targeted and personalized ads due to the relative lack of tracking capabilities in RSS feeds, exclusive deals for shows, such as Spotify’s contracts, are beginning to change this reality. By allowing for sophisticated user tracking and data analysis, the new podcasting frontier will become increasingly attractive to advertisers. With celebrities on board and influencers rapidly signing deals, combined with the ability to run targeted ads and increased personalization, podcasts are on their way to the top of the media chain. Perhaps the $1 billion prediction will turn out to be a vast understatement, as podcasting blossoms into a common pastime for us all.

#1
Will AI Take Over Musicians Jobs?
#2
Have the Tables Turned? The Rise of Vinyl or Fall of the Downloads?
#3
The Interview: Gregory Gutt about the Role of Satellite Geo-Positioning Technology for the Society
#4
Does Your Company Need a Custom VOD Platform?
Share
Welcome
We are glad you found us
Please explore our services and find out how we can support your business goals.
Contact us!
Get in Touch 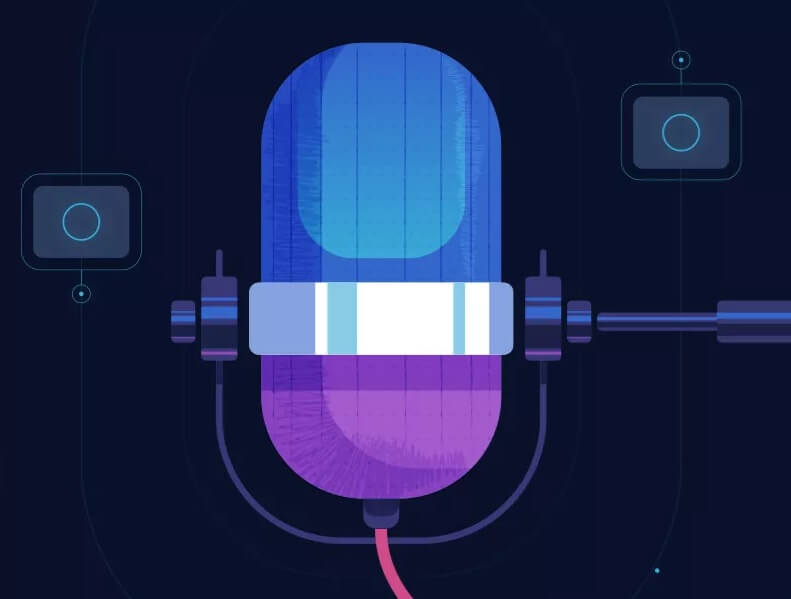 "Traditional Media in the Podcasting Era"

Read the full article, “Traditional Media in the Podcasting Era,” by Doron Fagelson