What is the next frontier of Sports Betting, and why are props one of the fastest-growing segments within the industry today? The DataArt team met with Omer Dor, CEO of Sports IQ, to discuss how technology and superior statistical models facilitate betting products and help engage gamblers.
7 min read
All articles
By Russell Karp
Vice President, Media & Entertainment
Share

Joseph Soloski, advisor in the DataArt Media and Entertainment practice. Joseph has been in the gaming industry for a little over five years.

Kevin Twitchell, advisor in the DataArt Media and Entertainment practice.

Watch the full video or read a shortened text version below.

As you look at your organization in the industry, what is Sports IQ’s biggest competitive advantage? Are you considered by some of the traditionalists in the business as a disruptor, or are you being embraced? Do you have a lot of competition right now in your space?

I think it is probably a combination of both those things. By virtue of the fact that we are trying to do things differently, we consider ourselves innovators. But because of the different elements of what is happening in the industry, specifically on the odds making side, we certainly are disrupting certain things that have been done the same way for many-many years.

Sports IQ invests heavily in automation and technology that, at the end of the day, can reduce costs in comparison to traditional methods, and, as a result of that, it can increase profitability for our clients.

The second part to it is customization. It sounds like a simple thing, but it is not. For the most part, even today, odds making in our industry is a fairly homogeneous product, and your odds are almost identical across the board. Sports betting operators in the US are realizing that they cannot compete just in marketing dollars. You have to compete on product and the ability to customize your product in a way that allows you to differentiate.

One of our core beliefs is that sports betting is just an extension of sports entertainment and fan engagement. When we think about the products that we build, it is not about what betting products we can build. It is more starting from a question of what sports fans in the United States today are engaging in and what they are talking about. And then how can we have the building blocks from a technology standpoint and modeling standpoint to facilitate betting products that would make them engaged and interested in the sports that they are already consuming. And so, one of the things that we are most known for as a result of that is being a leader in providing player props, which is the ability to bet on the performance of an individual or team.

Recommended for You Sports Betting Platform Localization: DevOps vs Translator

Can you share with us the history of prop bets both from a domestic and international perspective?

Prop bets is just a broad classification of bets that essentially have nothing to do with the final outcome of the game. Examples of prop bets would be who is going to score the first 15 points in a basketball match, or who is going to be the league MVP in the NFL this year, or what color the gatorade is going to be in the super bowl.

In the US, I think, Westgate out of Vegas were one of the first ones to really popularize prop bets. If you think about the regulatory environment in the US, you were not going to get growth through territorial expansion, and you had to get it through product expansion. So, the guys at Westgate started coming up with all sorts of prop bets that would become interesting for people to place additional action on while they were watching the games that they would normally watch anyway.

Three years ago, no one was talking about this. And when PASPA got repealed, people were just talking about how do I get a sportsbook live. 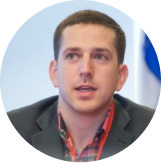 Today everyone is talking about what is the next frontier of sports betting and where it is going. I think props is one of the fastest-growing segments within sports betting today.
Omer Dor CEO of Sports IQ

So, Omer given the prevalence and popularity of fantasy sports prior to PASPA being repealed, how normal and culturally acceptable it was for fantasy sports to be in our society prior to sports betting? What similarities do you see between fantasy sports and the role that it will play in the future, specifically with prop betting?

The growth of fantasy sports in the US pre-PASPA really happened at a time when, from a regulatory starting point, it had to be classified as something different from sports betting. It was a product form that has grown in spite of what was happening because people had so much interest in engaging in sports in a different way. So, the Fanduels and the DraftKings of the world realized that people were already talking about individual athletes, and people were already engaging in it. Why would they not create a product that allows them to do that in a way that they can place money on it? I think that was the evolution of fantasy sports in the US. If you look at some of the leaders, they are thinking about it more from the perspective of what are the products that would enable people to engage with sports in a different way. And so, it is just two different productizations of the same thing: fan engagement and fan entertainment.

Can you talk about some of the advantages of having AI capabilities as they relate to props?

Unfortunately, we are at a point in society where the word AI is becoming a little diluted, where everyone talks about the fact that they are using AI and machine learning. It is too bad because it takes away from the true innovation around it. At the end of the day, they are extensions or branches of mathematics that allow you to do things that were more difficult to do previously. And the more you use them, the more capabilities you have available to you. One form of our use of artificial intelligence and machine learning is iterating through many iterations of the model much quicker by running 100 different versions of the models at the same time to assess which model best predicted the final outcomes or achieve what we were trying to achieve. Another example is the use of clustering and machine learning algorithms that help classify players’ performance.

Recommended for You Building Sports Betting Solutions: Tech Opportunities and Challenges in the US Market

I would be really curious to hear your perspective. As a supplier, are you concerned about too much investment too soon? Or do you think that this product and the prop market is ready to take off?

For us specifically, I am not concerned about the amount of investment too soon. I think we are past that at this point. I mean, the question about whether we were cautious about the amount invested was three years ago when we decided to open the business. This was before PASPA got repealed. There was no actual validity to any of the assumptions around the things that we thought were going to happen. Now we look in hindsight, and we say, “That is awesome that so many of the things that we said were going to happen actually work that way.”

It is not a question of how much was invested or when. It is more a matter of execution. There is still a lot of movement happening in our industry in terms of companies finding their place. I think this is the right time to invest in innovation.
Omer Dor CEO of Sports IQ

As we come out of our caves and are back in stadiums, does that change the game? Like if you were to look at your magic ball and start thinking about 2021 and the next two years, three years, five years, what does it look like? What do you see? How is this going to evolve?

There are two parts to that answer. The first part is some people believe that props will become more interesting but remain a niche part of our industry. I think that player props and prop betting will become more and more popular because they are more in tune with the interests of current and future bettors.

Who could have predicted HQ trivia to be so popular? Who could have predicted Snapchat to be so popular? In fact, the people who predicted those things are the people who did not come from the industry. So, I think the reality of it for us as suppliers and operators is to invest as much as we can in innovation to be prepared for a time where a new innovation comes in, and we can just help facilitate the natural growth of that part of the industry. I think it is going to be fascinating to see where it is going to go. 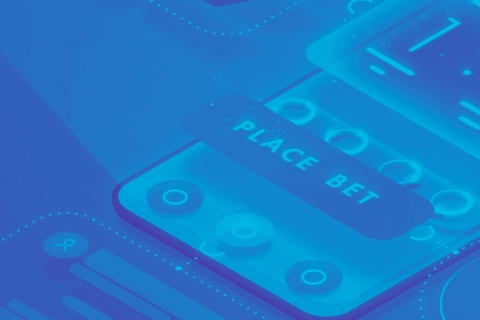 #1
The Gamification of Sports: an Effective Marketing Tool or a Boondoggle?
#2
Developing a Sports Betting Platform: Buy vs Build
#3
Key Points for Selecting a Sports Data Provider
#4
The Future of Micropayments: How the NBA’s Latest Initiative Affects Sports Fans and Bettors
Share
Welcome
We are glad you found us
Please explore our services and find out how we can support your business goals.
Contact us!
Get in Touch